Clare Whitfield was born the fourth child to ex-Armed Forces parents. Her father left the Navy to work as a telex operator and her mother worked as a cleaner. She grew up on St Helier Estate in Morden before moving to Sutton.

She was obsessed with ballet and applied twice for the Royal Ballet School but was rejected both times but later went on to study contemporary dance at Middlesex University. After graduation and without the funding to carry on her professional studies and needing to find somewhere to live, she started work as an editorial assistant for a publishing company, rented a house share in London and tried to forge a career as a freelance writer. After a few years of juggling three jobs she crossed over to marketing and later became a buyer in retail.

An orphan in her 30s, Clare understood life is much shorter than we all anticipate and took an MA in creative writing at the University of Winchester in the hope of rediscovering writing.

People of Abandoned Character, her first novel, was published in 2020. Her upcoming novel, The Gone and the Forgotten, is coming June of 2022. She lives in Southampton in Hampshire. 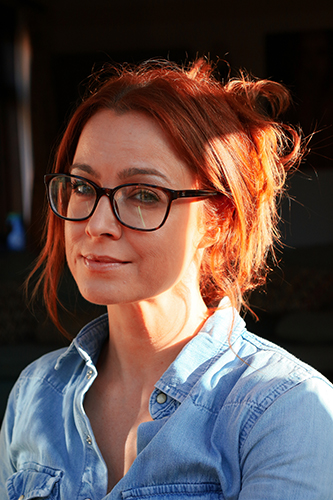